Blood borne dissemination of pathogens permits microbes to spread from the initial site of infection (the site of a tick bite for Lyme disease) to more distant organs and tissues via the vasculature. Disseminated, invasive disease is responsible for most of the mortality associated with bacterial infections, and dissemination is a critical stage of many infectious diseases. However, the mechanisms which permit microbe dissemination are not yet well understood for many pathogens, including the Lyme disease bacterium Borrelia burgdorferi.

Until recently, dissemination was studied using non-dynamic observation methods and static in vitro models of endothelial interaction which do not replicate key environmental factors found in living hosts, such as fluid shear forces and a functioning immune system. We study the biological and physical features of dissemination by multiple methods, including single cell imaging in the blood vessels of living mice and in flow chamber and microfluidics systems which mimic the vasculature.

The Moriarty lab studies multiple features of dissemination, using a wide range of techniques from genetics, molecular and cell biology, biochemistry, biophysics and physiology, as well as powerful live cell imaging approaches for investigating the molecular basis of dissemination in vivo. We are a multidisciplinary lab, and collaborate with researchers from the fields of infectious diseases, microbiology, cell biology, structural biology, bioengineering and biophysics, computer modelling, rheumatology and cardiovascular biology, as well as labs studying diabetes and periodontal disease.

Many of the consequences of blood borne infection are dependent on the ability of microbes to exit the bloodstream and establish secondary sites of infection in extravascular tissues. In Lyme disease, affected tissues and organs include the joints, skin, heart and nervous system. In order to exit the bloodstream, circulating pathogens must be able to adhere to the inner surfaces of blood vessels under the fluid shear stress caused by blood flow. The mechanisms permitting adhesion of many bacterial pathogens to vascular surfaces under physiological shear stress remain largely uncharacterized.

We have determined that vascular adhesion of Borrelia burgdorferi is a multistep process initiated by tethering interactions permitting deceleration of circulating bacteria, and dragging interactions which enable more stable association with the vessel wall. Tethering and dragging are dependent on host fibronectin (Fn) and glycosaminoglycans (GAGs). Our studies have identified the first bacterial molecule known to mediate vascular adhesion in vivo. This molecule, BBK32, is similar to Fn-binding proteins from genetically distant bacterial pathogens, including staphylococcal and streptococcal species. BBK32 independently binds both Fn and GAGs. Its Fn-binding site plays a key role in tethering, and GAG-binding residues are critical for dragging.

Vascular adhesion projects in the lab focus on characterizing the mechanism of BBK32-dependent vascular adhesion, on deciphering the role of Fn in the deceleration tethering step of adhesion, and on identifying the glycosylated endothelial receptors targeted by disseminating Borrelia. To study the biochemical and biophysical basis of the BBK32 adhesion mechanism, we use approaches including bacterial genetics, BBK32 structure-function mapping, competitive inhibition, and quantitative in vitro and in vivo live cell imaging methods. 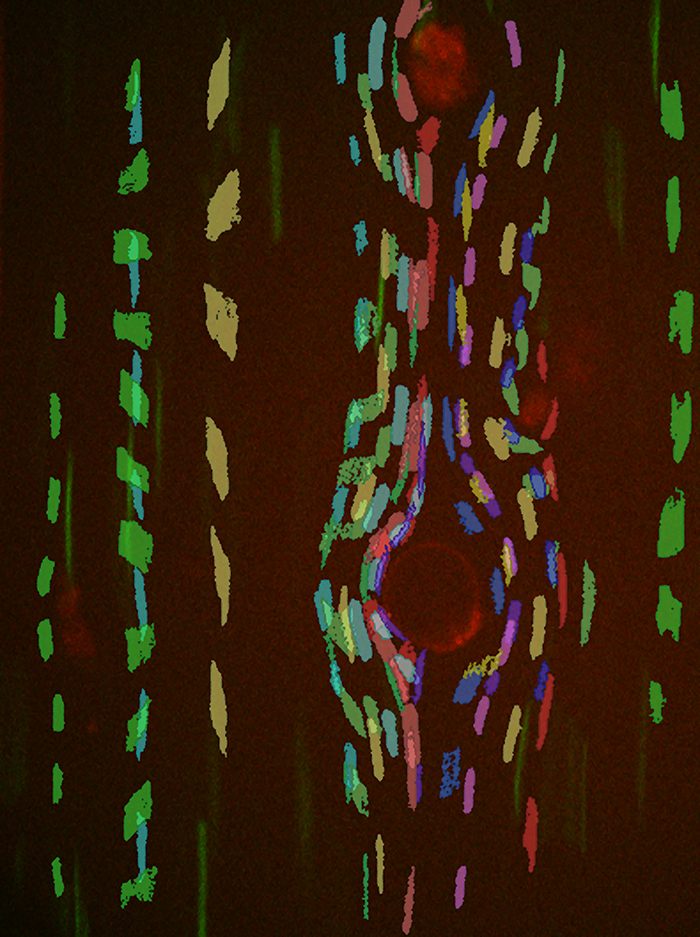 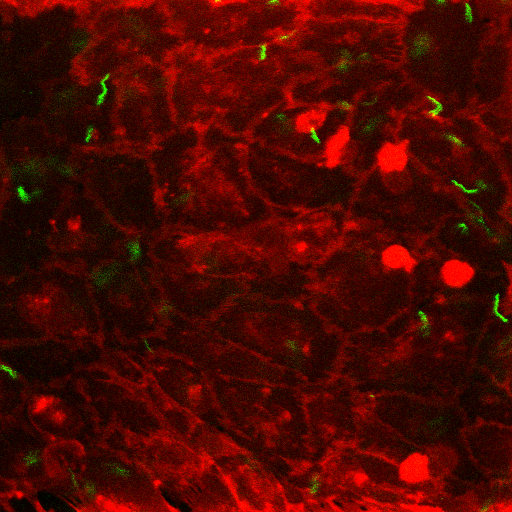 Borrelia motility plays an important role in dissemination and extravasation. Circulating Borrelia drag and/or crawl along vessel surfaces during dissemination, which may facilitate migration of bacteria to intercellular endothelial junctions and subsequent extravasation. However, Borrelia must be able to simultaneously adhere to vessel walls as they move along them, since loss of adhesion results in detachment of bacteria from the vessel surface due to the shear forces generated by blood flow. Like other spirochete bacteria, Borrelia are thought to have a highly fluid outer membrane. One hypothesis to explain coordinated adhesion and motility in Borrelia is that adhesive outer membrane proteins such as BBK32 can freely diffuse from one end of the spirochete to the other, simultaneously permitting adhesion and net displacement on vessel surfaces. We are examining the mechanisms coordinating vascular adhesion and motility of Borrelia using a library of fluorescent Borrelia strains in which motility and adhesive functions are systematically altered, and powerful in vitro and in vivo live cell imaging approaches.

3. Role of chemotaxis and motility in Borrelia dissemination

Spirochete bacteria such as Borrelia are extraordinarily motile organisms. It is thought that motility is critical for their ability to cause invasive disease. In living hosts, Borrelia can penetrate the endothelial lining of postcapillary venules in less than 100 ms, and motility plays an important role in extravasation. We have found thatBorrelia strains deficient in chemotaxis and motility exhibit defects in vascular adhesion and extravasation. We are investigating the mechanistic roles of chemotaxis and motility in Borrelia dissemination using high speed in vivo and in vitro 3D imaging, and microfluidic transmembrane devices which may be used for screening of libraries of potential dissemination and extravasation inhibitors. 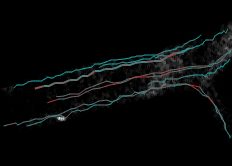 4. Effects of diabetes and obesity on host susceptibility to Lyme disease

Lyme disease is the most common vector-borne disease in the northern hemisphere, and its incidence is increasing rapidly throughout the industrialized world (nearly a three-fold increase over the last twenty years). One of the major groups affected by Lyme disease is the middle-aged, in whom obesity and associated conditions such as diabetes and cardiovascular disease are now widely prevalent. We have found that obesity-independent hyperglycemia impairs host clearance of B. burgdorferi from many tissues, and are investigating the effects of obesity on immune clearance of this bacterium.

5. Development of intravital imaging methods for studying periodontal disease and its association with cardiovascular disease

Periodontal disease (PD) is associated with atherosclerosis, diabetes and a number of other chronic diseases. Oral microbes, including Porphyromonas gingivalis and the spirochete Treponema denticola can contribute to PD. We are developing intravital microscopy methods to study PD progression and its relationship to cardiovascular disease. 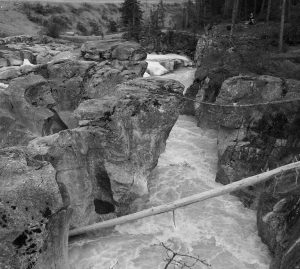 6. Development of microfluidic transmembrane devices for studies of bacterial extravasation and screening for dissemination inhibitors